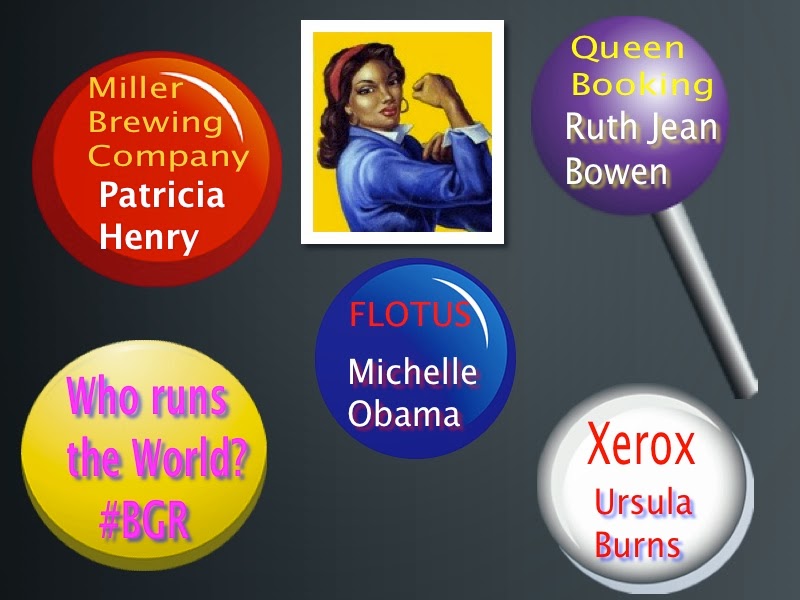 Ruth Jean Bowen was the first black woman to establish a successful booking agency in New York City called Queen Booking in 1959.  She represented musical greats such as Aretha Franklin, Patti LaBelle and Gladys Knight.  She started her business with just five hundred dollars, and within 10 years Queen Booking became the largest black-owned agency in the world.  A small investment goes a long way!


Miller Brewing Company promoted Patricia Henry to manager making her the first woman to hold the top management post at an American brewery.


In 2009 Ursula Burns became the first black woman to become CEO of a Fortune 500 Company, Xerox.  This landed her on Forbe’s List as the 14th most powerful woman in the world. She also resides as Chairman for Xerox.


Michelle Obama, fondly known as FLOTUS, became the First Lady of the United States in 2008.  Prior to President Obama being elected, Michelle was a corporate attorney.  She received her Bachelor’s Degree from Princeton and attended Harvard University for Law School.  While at the White House she has pushed efforts to end childhood obesity and work on healthier eating habits for everyone.
Posted by B.M.M.O. Consulting at 9:45 AM