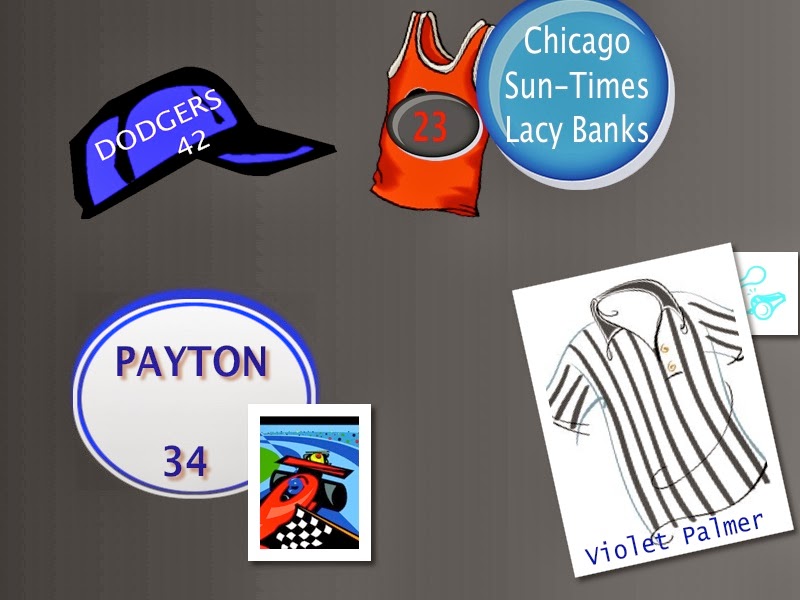 We’re wrapping up our Black History Month posts with highlighting athletes who have made a difference.

We all know Walter Payton for his legendary time with the Chicago Bears, but did you know that he became the first black team owner in the Indy Car Series?  After his retirement he became co-owner of CART racing team.

Not only was Jackie Robinson the first black to play at any level in the major leagues, but he was also the first black batting champion and the first black enshrined in the Baseball Hall of Fame in 1962.  During his baseball career he had many highs, but also many lows as it pertained to racism.  He is widely credited for opening the doors for other blacks to have the opportunity to play major league baseball.

Violet Palmer made history in 1997 after becoming the first black woman to serve as a referee in the NBA.  Before refereeing in the NBA, she refereed games for the NCAA Women’s games.  In 2009 she refereed her first NBA Finals Game.

Any true basketball fan loves the Jordan era, loves the legacy he left behind before retirement.  Lacy J. Banks was the first black full-time sports reporter for the Chicago Sun-Times and began reporting on the Chicago Bulls in 1980.  He had the esteemed opportunity to cover Michael Jordan’s entire career.