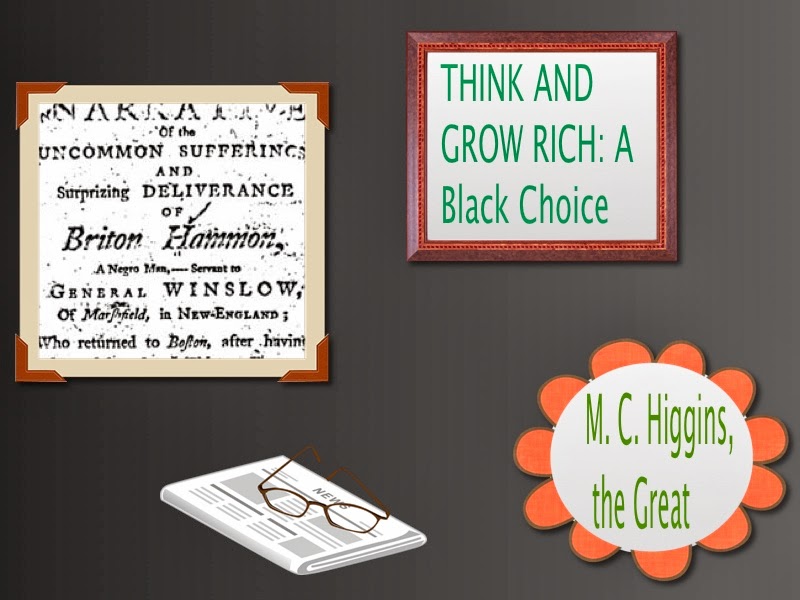 If there’s a book that you want to read, but it hasn’t been written yet, then you must write it.” – Toni Morrison
This week we will highlight writers for their accomplishments and awards.

Prose: The ordinary language people use in speaking or writing.  In 1760 Briton Hammon, an autobiographer became the first Black American writer of prose.  It was a fourteen-page document that was published in Boston.  It gave an account of his escape from slavery to become a free man.

These days everyone is writing a self-help book.  The first Black self-help book was written back in 1937 by Napoleon Hill; Dennis Kimbro republished it in 1991.  The book was entitled “Think and Grow Rich: A Black Choice.”  This self-help sold 50,000 copies in two years.

“One day I will find the right words, and they will be simple.” – Jack Kerouac
Posted by B.M.M.O. Consulting at 10:30 AM