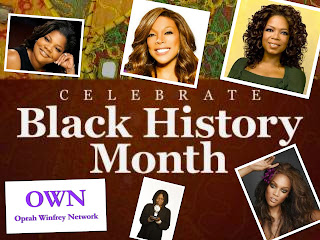 This week B.M.M.O. Consulting salutes Oprah Winfrey and her media contributions.  On this day, 26 years ago, Oprah Winfrey became the first African American woman to host a nationally syndicated talk show.  She started off from humble beginnings but now has her OWN network.  She ended her talk show this past summer, she left the city of Chicago behind and established a television network titled the Oprah Winfrey Network (OWN) in California.  Because of her, other African American women such as Tyra Banks, Wendy Williams, Whoopi Goldberg and Monique were able to host their own shows also.  Tyra Banks started her own production company and in 2003 she premiered her fashion model search show, America's Next Top Model, this show is still in production today.  In 2005 she put on her talk show host hat and debut her self-entitled show, The Tyra Banks Show, this show stayed on the air until 2010. Wendy Williams started out as a radio DJ in 1989 and then started her daytime talk show in 2008, the Wendy Williams Show.  The Wendy Williams show is still on the air going strong, she has also appeared on Dancing with the Stars.  Whoopi Goldberg, who is an Oscar winner, hosted her talk show for a year between 1992 and 1993; she is now a co-host on ABC's The View. After having a few movie roles and TV sitcoms, in 2009 Monique also explored the world of talk show hosts.  Her show aired on BET during the late night, and stayed on for two years.  There are many other women and men that had their path opened for them because of the opportunity given to Oprah Winfrey.  She came before them and made it all possible.  These five women have accomplished several great achievements.  This should be encouragement to us all that with handwork and dedication there is nothing we can't achieve!
Posted by B.M.M.O. Consulting at 10:14 AM