This Week's Happenings In the World of Marketing 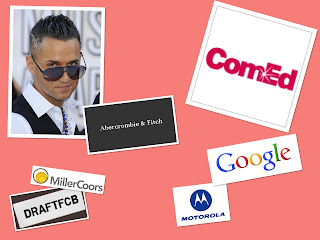 Google To Buy Motorola
This week Google shook up the telecommunications and technology industry by announcing its plan to buy Motorola for 12.5 billion dollars.  Motorola has had several bad years; their most recent attempt to rebuild was to split the businesses up, by doing so looks like Google saw an opportunity to shake everything up.   Google’s Android software has been quite successful, so what other way to increase the success than to cut out the middleman?  By making their own phones with their own software they become direct competitors of Apple.  My guess is that Apple is somewhere figuring out how to make this purchase unattainable.  Android is one of the biggest smartphone brands, not only in the US, but also in China, which is experiencing growth in their mobile market.  Let’s not get so excited, we do remember the Nexus One from 2010 sold at T-Mobile, it was considered a major flop, are we sure that Google will be able to rebound from that, we think they will and will be watching to see.  Google has made some major moves to not only remain relevant but also a leader.  The downfall of this purchase is that it could cut out competition completely, soon the only options may only be Android or iPhone; Windows and BlackBerry are still around, but they are not nearly as prevalent as Android and IPhone operating systems.  This is very reminiscence of the AT&T buyout of T-Mobile, can’t wait to see how this turns out.

DraftFCB Layoffs Cause Concern for MillerCoors
One brand shuts down an agency.  Well that’s what it looks like S.C. Johnson & Sons Inc. may have done to Chicago based DraftFCB.  When they took their account they took revenues of $25 million in the Chicago office alone and over $1 billion globally.  This decrease of profits has caused DraftFCB to have to layoff some employees.  This isn’t abnormal, it’s what many companies are doing in these tough economic times, but it causes a problem if your now largest account MillerCoors has made it clear they want the team working their account to stay or there might be problems.  Not only has DraftFCB lost S.C. Johnson, but they have also lost Kraft Foods and State Farm Insurance accounts.  As of Monday, they planned on cutting 250 positions, which would slash the 960 Chicago employees by 25%.  At the end of the year MillerCoors’ contract is up with DraftFCB and the competition apparently is already making their bids to become the new agency for their products.  This doesn’t sound good for DraftFCB, but lets hope since MillerCoors is their major account they can devote the attention needed to keep them a satisfied client who renews their contract.

Abercrombie & Fitch has a Situation and are willing to pay for it
Ambercrombie and Fitch decided that they no longer want to see Michael “The Situation” Sorrentino nor his cast mates wearing their clothing line.  They have offered to pay him to stop wearing their brand, as well as other members of the cast to never wear it at all.  They say that Jersey Shore is contrary to the aspirational nature of their brand.  This is an interesting statement from a brand that has been known for racy marketing campaigns and nearly naked models.  They have also settled racial and gender allegation suits in the last decade.  MTV believes this is just a publicity stunt, judging from Ambercrombie’s past, we would have to agree.  Sounds like a “win” for “The Situation,” it will be interesting to see if and how much they pay him to help keep their brand untainted.

ComEd Might Be Losing Power
This summer has been quite rainy and quite stormy in Chicago.  It caused several power outages and some for extreme lengths of time.  Many residents have lost patience with ComEd and want something to be done.  ComEd’s plan is to get better infrastructure, which would lead to higher service fees.  Some of the well-known municipalities have other plans; they want to take their power service somewhere else.  Oak Park and Oak Brook Illinois have started looking for new service providers, they hope to be able to get all residents to agree so everyone can get the lower priced service.  They’re not the only ones; other smaller cities are exploring their options to take their business elsewhere also.  Will the city of Chicago look for other options also, not likely.  ComEd’s rates are expected to be higher than the competitors through 2013 because of prices they negotiated when the cost was higher.   The lower costs from competitors and outages of the summer look to be prime reasons to get customers to switch.  ComEd has been a trusted name for many years, will these cities really take their business elsewhere?  Or is this just a ploy to let ComEd know they mean business and they want to see change?  Loss of business means loss of revenue, let’s see if ComEd can persuade their customers to stay on board and keep business moving.