March Madness In the Classroom 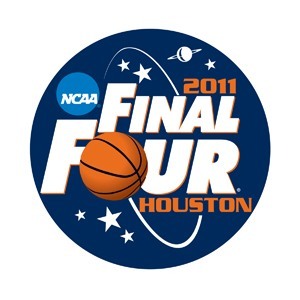 In honor March Madness officially getting under way, B.M.M.O. Consulting has decided to throw a little basketball in the mix, but as usual, it will still have a marketing spin.
For anyone who has attended a school that is pretty well known for their athletics, you might also know that they are also well known for checking up on their scholarship bearing athletes.   The University of Kansas has enlisted a new group of checkers to help aide them in this process.  Normally other students are hired to make sure athletes are showing up and staying for their classes.  Schools believe that by using students, it will be more inconspicuous and the athletes won’t notice.  But there are also drawbacks with using students; they are easily bribed into “helping” out the athletes for free tickets to the games.  If the student checker is unfamiliar with the player, the student it equipped with a picture and the athletes schedule to track them down.
In response to the bribery issue, the University of Kansas came up with a more sneaky way to hunt their players down.  They recruited retirees in the area to come help them.  They have enlisted a variety of individuals, former printers, truck drivers, retired police officers and marines.  Texas A& M, Georgia and Wisconsin have taken on similar athlete checking systems.
One might wonder why retired individuals might decide to spend their day checking on college students.  If it’s a student checking on a student doesn’t seem very odd.  It’s an easy job, they make some quick money and maybe meet an athlete if that’s their thing.  But retirees?  What are they really getting out of the deal?  I’m sure the supplemental income doesn’t hurt, but I’m sure that’s not the main reason.  As the athletes win more games, they increase notoriety for the school, bringing in better athletes, more media, and more money at bars and restaurants which in turn will help the economy in their city.  Do you think any of these reasons crossed the minds of those retirees?  As the university grows, it opens up more jobs and also brings revenue to the state.  While these people may really be loyal fans and want to see the students do better, I just believe there are other hidden motives behind it.  Alumni’s contributions help fund scholarships, so if any of these retiree’s are alumnae, then they are just protecting their investment!