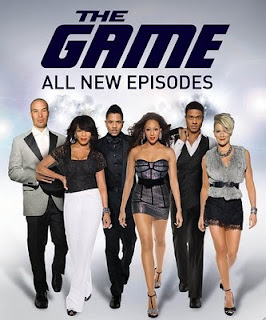 BET’s “The Game," formerly on The CW network, made a huge comeback from its 2-year hiatus.  It boasted a 7.7 million viewership.  This is amazing for a show that has been off the air for two years.  Fans solicited to get this show back on the air when The CW network decided to not renew the show.  Executive producer Salim Akil gives BET rave reviews on letting her be creative in writing and in advertising for the season.  Bringing “The Game” to BET is the network’s way of trying to renew viewership and to get an image change.  On top of The Game, BET also premiered their new sitcom “Let’s Stay Together,” which had 4.4 million viewers and has another one in the works called “Reed Between the Lines.”  BET is on the move to promote true entertainment written by talented writers, not just another reality show.  The Game is being shot in Atlanta now and will have 13 episodes this season.

Highest amount of social media buzz of all other prime-time television shows, according to Trendrr’s Prime-Time Television Activity

Commenting on THE GAME Facebook page averaged 893 likes per minute, and 750 comments per minute,

THE GAME related topics dominated Twitter with 9 out of the top 10 trending topics 30 minutes into the program.
The show also contributed 52% of site page views on BET.com.”

~Stats contributed by TV by the Numbers~

Last week’s stats were amazing; I can’t wait to see the results of week two.  There looks to be just as much drama brewing as last week’s episode had.  Stay tuned in and tweet and Facebook your thoughts.  B.M.M.O. Consulting will be watching also!  Let us know what you think!